The masterpieces of the long-established shops, the craftsmanship and the food culture are irreplaceable "Treasures of Tokyo". We would like to introduce the charm of them to the people of the world and hope to use them in their daily life, and win their sympathy as the "Tokyo brand" for inheriting the "Treasures of Tokyo" to the future. The Edo Tokyo Kirari Project is a project of the Tokyo Metropolitan Government that started with such ambition as above.
Takahashi Kobo was selected to this project as Edo woodblock prints, and has been participated from 2019.
See More...

About "One Hundred Phases of the Moon"

Yoshitoshi Tsukioka was active in Ukiyo-e from the end of the Edo era through to the Meiji era.
Among his works, "One Hundred Phases of the Moon" is a masterpiece of his latter years.
The powerful composition from a bold point of view and the tranquillity of the moonlit night have full of fresh charm even for us today.
See More...

Yoshitoshi Tsukioka(1839-1892) was a ukiyo-e artist who was active from the end of the Edo period through to the middle of the Meiji era.
He studied under Kuniyoshi Utagawa alongside the artists Kyosai Kawanabe, Yoshiiku Ochiai, and Yoshifuji Utagawa. In particular, he maintained a friendly rivalry with Yoshiiku Ochiai and the two artists even competed by composing works on the same theme.
Many ukiyo-e artists, nihonga painters and painters in other styles studied under Yoshitoshi or followed his style.
See More...

"One Hundred Phases of the Moon" Yoshitoshi Tsukioka 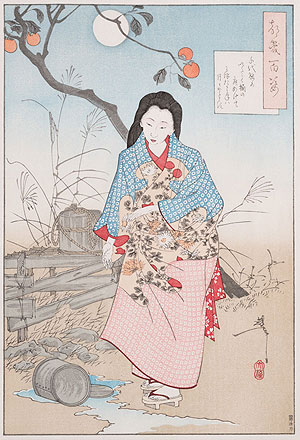 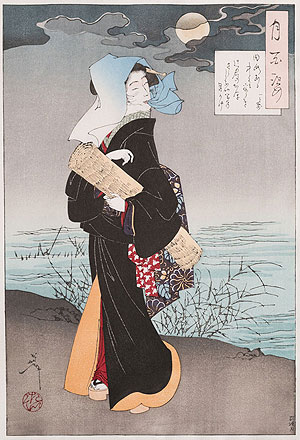 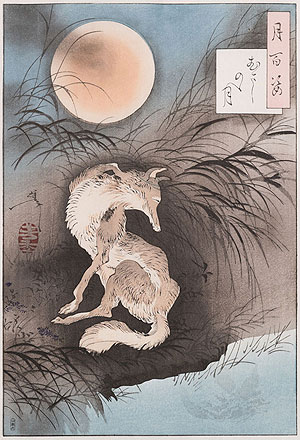 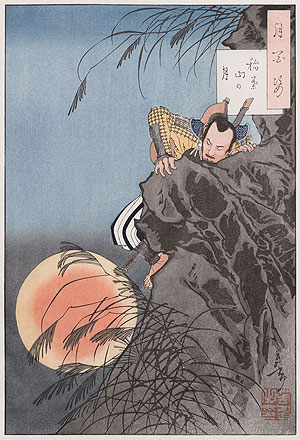 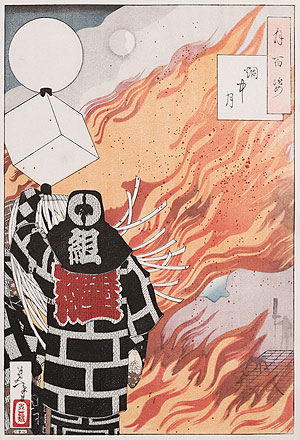 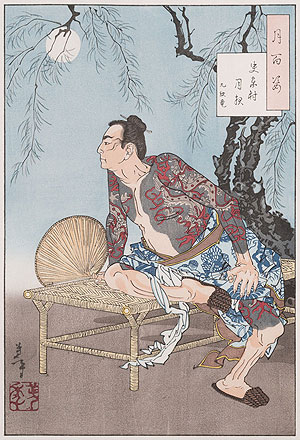 Village of the Shi Clan on a Moonlit Night: Shi Jin 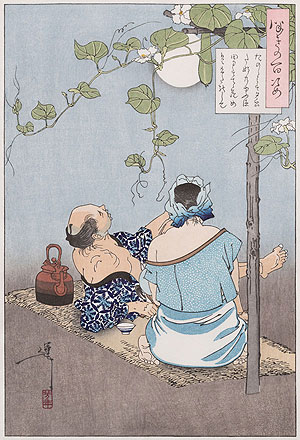 Pleasure is this to lie cool under the moon flower bower, the man in his undershirt, the woman in her slip