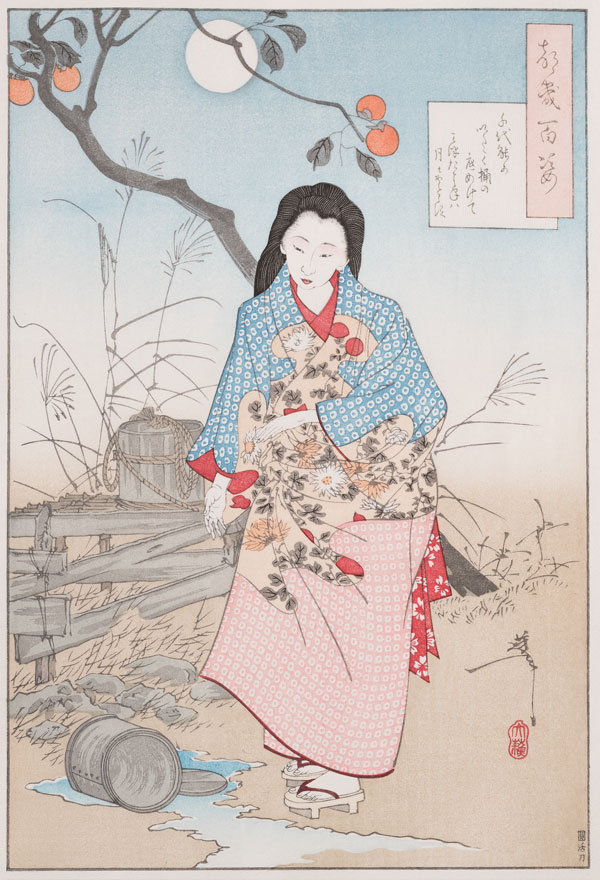 Chiyono, the daughter of Kamakura-era military commander Adachi Yasumori, is trying to draw water from a well when the bottom of her bucket suddenly gives way.
The poem she composed after this incident, from which the print takes its title, indicates her state of mind: any discontent Chiyono had been feeling was swept away and replaced instead with enlightenment.
The picture shows the moment just after the bottom of the bucket has given way, causing the reflection of the full moon that had been visible on the surface of the water in the bucket to disappear.
The Sokonuke-no-I (The Bottom-Falling-Out Well) associated with this tale remains to this day and can be found in Gaizo-ji Temple in Kamakura City.
It is one of the so-called Ten Wells of Kamakura.
Commentary on "One Hundred Phases of the Moon" : Mr. Kenji Hinohara – Chief Curator of Ota Memorial Museum of Art
Online shop